Architectural elements in the settlements of Paros

In the course of inhabiting both the houses and the settlement, problems and increasing needs appeared, which the inhabitants resorted with mastery and ingenuity through observing and in the direction of the economy of material resources and forces (of energy). Thus, elements and forms have been created, which, generalizing their use over the years, have led to them being characteristics directly connected with the architectural creation in the settlement.

Typical elements in the settlement

1. Adjustments around street corners: In order to facilitate the passage for loaded animals, people often adjusted the corners of the houses in the narrow streets a little higher than the height of a man.

2. Passages: It is the extension of private space over the public, that is, residential rooms, located over lanes. Based on two or more arches, on which the floor and walls were built. These rooms were built only if they did not block the view, the sunlight and ventilation of any other residence.

3. External staircases: They are used to access the floors of the two-storey buildings of the settlement, as internal stairs are rarely found in the buildings of Marpissa, often due to the law of the horizontal ownership. They are stone-made, plastered, with wooden banisters, a stone-built parapet or even without them. Their dimensions are minimal so they do not occupy much space in the settlement or the building.

4. Arches or “volta” and “antirides”: These elements were used to enhance the stability of the walls. These are vertical walls (antirides) or arched walls (volta), which were built vertically to the wall or the walls that were to be supported. The “volta” added stability and in parallel, left the area under the arch free to use, while the “antirides” were used when there was no other wall across.

5. Marble elements: Decorated frames in openings (doors and windows), cornices and corners underneath the aperture, embossed plates and coat embedded in the masonry, the use of marble in Marpissa’s buildings is quite widespread in both ecclesiastical architecture and in the mansion buildings of the settlement, as well as in the houses since the 15th century.

6. “Mintilounia” or “mentelounia”: Stone slates sticking out from walls, used as shelves. We can see them in the exterior of the buildings. A jug with water would be placed in order to keep the water cool.

7. Balcony: Relatively rare and small, both due to the narrowness of the streets, and the lack of knowing how to support the balconies with greater depth. They were built on wooden or metallic corbels, which would extend from the masonry.

8. Stone-built benches: An integral feature of the public space of a Cycladic island. They are low stonewalls with a height of 25-45 cm and a depth of 30-60 cm, adapted to the base of the facades of the buildings and they were used for sitting purposes.

9. Oven: It was in the shape of a modern wood-burning oven. It consisted of a hemispherical space with an opening that was sealed by an iron cap. It would mainly bake bread and the traditional chickpea dish every Sunday. In Marpissa there were three bakeries that operated daily and people could pay for their use.

Typical elements inside the buildings

1. Arches: They were used to expand the area of the interior as they had the central beam supporting the roof beams. The construction of the arch shared the distance between two walls so that it could be bridged and housed on the sides with the existing means without splitting the underlying space.

2. Cabinets: They are coves on the wall, with stone or wooden shelves, where people placed the few items of everyday use. Cabinets often had a wooden door and accommodated the most fragile objects, such as glassware.

3. “Parostia”: It was the cooking space of the house and it was either inside the house or in a sheltered extra room. It consisted of a flat stone, with two vertical elements of about 10 cm in height. Among them, they set the fire on top of them, placing the iron pot, or the clay pot, with the food of the day. The fire heated the house during the winter months, especially when there was no other way. 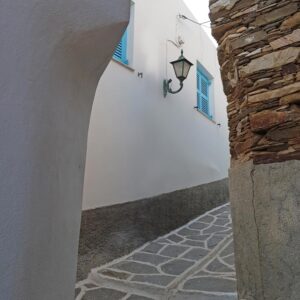 Rounded corners, to facilitate the movement of loaded animals in the narrow alleys of the settlement. 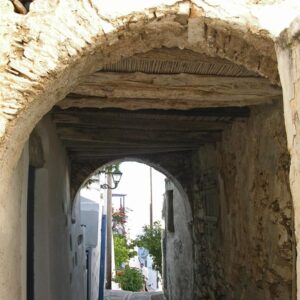 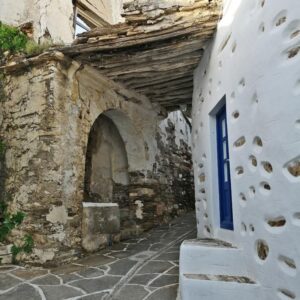 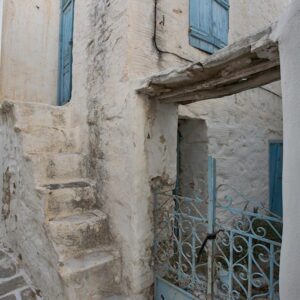 External stairs: Their dimensions are the smallest possible, so as not to occupy vital space from the settlement or the building. 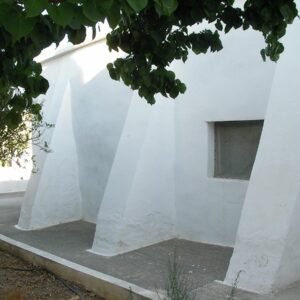 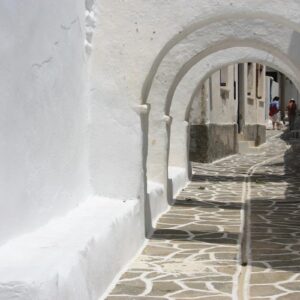 Vault, masonry with an arched opening that allows use of the space below the arch. In Profitis Ilias, Marpissa. 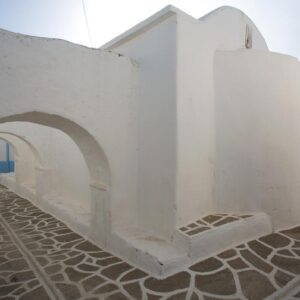 Vault in the old parish church of Marpissa. 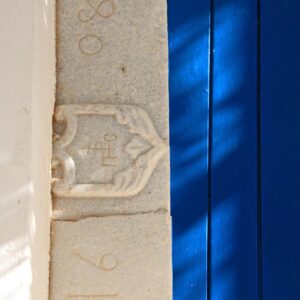 Marble element on the door of a mansion in Marpissa.

Marble element on the door of a mansion in Marpissa. 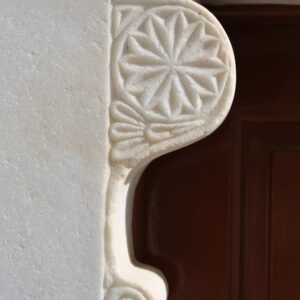 Marble use in the buildings of Marpissa is common in ecclesiastical architecture. 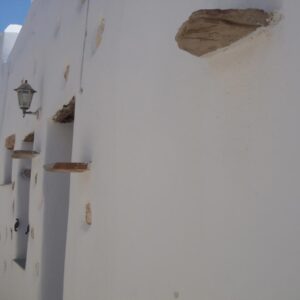 “Mintilouni”, a slab that protrudes from the wall and was used as a shelf. 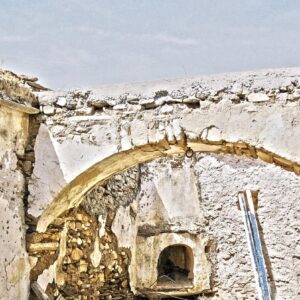 The arch was used to expand the area of the interior, acting as a central beam that supported the roof beams. 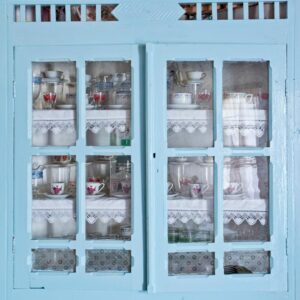 Cabinets or slots or niches: Wall recesses with stone or wooden shelves, for the placement of everyday objects. 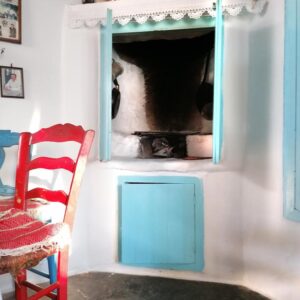 “Parostia”, the house kitchen. It was located either inside the house or in a covered utility room. Anousaki House, Marpissa. 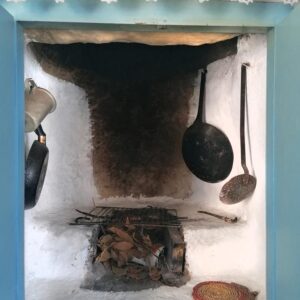 The kitchen of the Anousaki house, Marpissa. 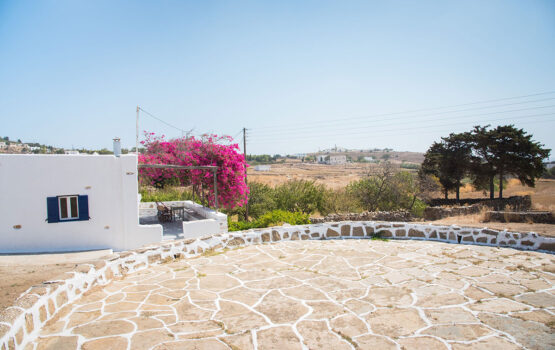 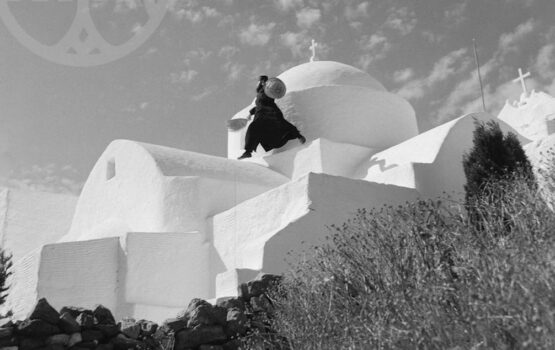